END_OF_DOCUMENT_TOKEN_TO_BE_REPLACED

In need of some new ideas for your vegan meal prepping? Try out this Chickpea Tikka Masala meal prep! Ready quickly and it’ll have you looking forward to lunch all week.

Back to school may look a little different this year, but the feeling of it is here. So to help with the craziness that is this time of year, I’ll be highlighting a bunch of my favorite meal prep ideas this week!⁣ First up…tikka masala!

Sometimes you stumble across a recipe that has you so excited for leftovers that you could just eat it all week. And those are the recipes we meal prep, friends.

So when I first made this Chickpea Tikka Masala I knew it was bound for vegan meal prep infamy. The curry is so rich and creamy, perfect with a few slices of naan and a mound of rice!

Here’s what goes into this tikka masala meal prep

Pair this meal prep with a Mango Smoothie and Homemade Naan! 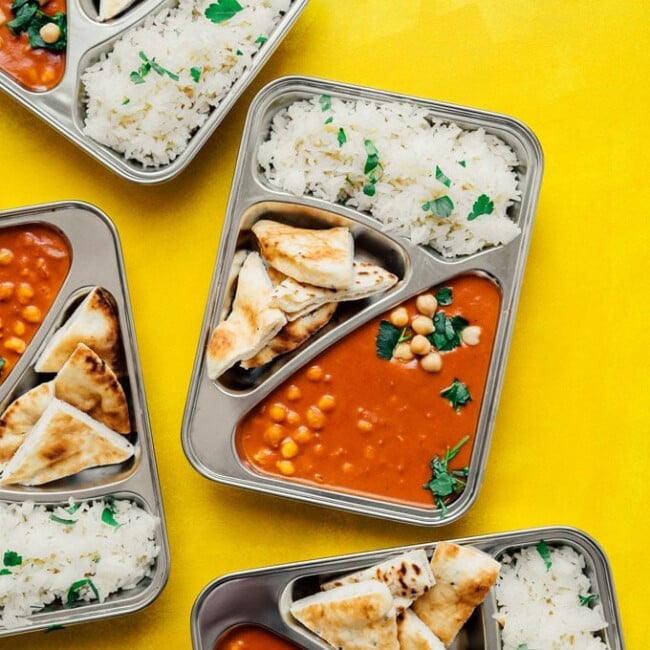