END_OF_DOCUMENT_TOKEN_TO_BE_REPLACED

Hoi vrienden (hi friends)! I’m slowly setting up life here in the Netherlands, and as it turns out, setting up a life involves a lot more than opening a bank account and getting a European cellphone. In the few weeks that I’ve lived here, I’ve noticed some things that make Dutch people, well, just so Dutch! I suppose as I situate myself in this cozy corner of Europe I’ll need to learn all of the Dutchy habits, but for now, here’s the quick list of stuff Dutch people do:

1. Talk about the weather. Overcast with scattered showers seems to be the average weather prediction, but it doesn’t stop everyone from talking about it. I can only imagine what a hot topic the weather would be on a sunny day (I’ll keep you posted, haven’t experienced one of those in Rotterdam yet).

3. Eat a lot of sandwiches. Boterhammen, as they call them, most often consist of just cheese and butter.

4. Celebrate the holidays for a long time. In America, December is magical. We have ABC’s 25 Days of Christmas and then actual Christmas, so that’s great right? No! The Dutch celebrate so much Christmas! There’s Sinterklaas, which is celebrated on December 5th. You set your shoe by the chimney and Sinterklaas, a jolly old man based on Saint Nicholas, fills it with treats. Then there’s Christmas Day, where Santa Clause (or the Kerstman) brings more gifts. And for the sake of being able to get around to all friends and family, many Dutch people also celebrate “2nd Christmas” on the 26th. SO MUCH CHRISTMAS!

5. Bike everywhere. I mean, we all knew this about Dutch people, right? But try to find anyone wearing a helmet and you have your work cut out for you.

6. Eat stroopwafels. This could also be listed under “Things Sarah Does…A Lot”, because these little Dutch cookies are magical. Warm caramel-like syrup between two thin waffle cookies. I had my very first fresh-off-the-iron stroopwafel in the Markthal last week and…I think I will probably need to invest in my very own stroopwafel iron in the near future. I can open a little shop, Sarah’s Stroopwafels, what do you think?! 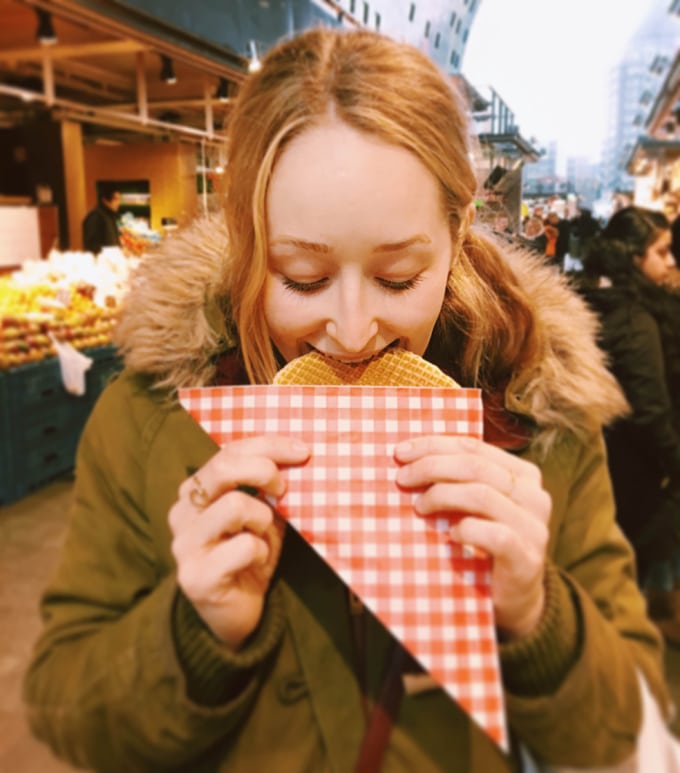 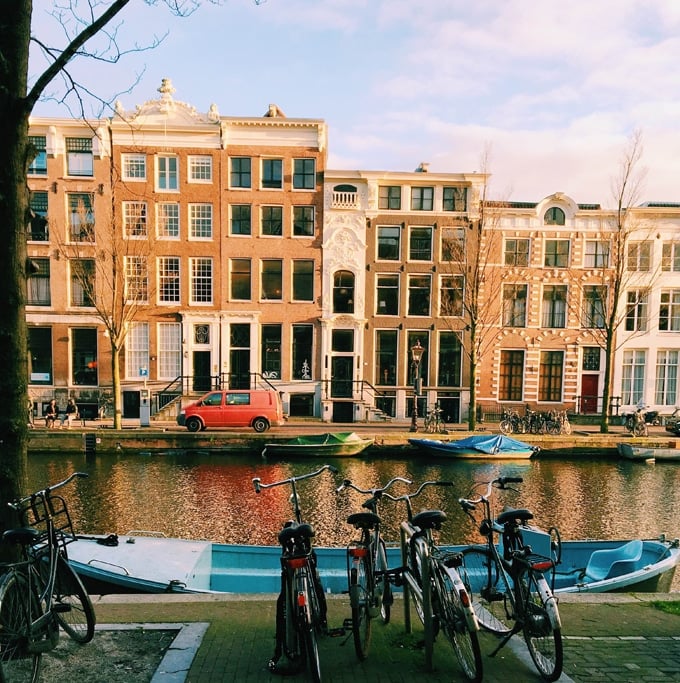 8. Wreak firework havoc on New Year’s Eve. The steady stream of fireworks begins around noon on NYE, climaxing with utter chaos at midnight. Everyone, everywhere rings in the New Year with fireworks. I’ve never seen anything quite like it!

9. Eat sprinkles for breakfast. For having some of the best BMI’s in Europe, the Dutch sure do eat some junky food. Take for example hagelslag, literally chocolate/vanilla/fruit sprinkles for your breakfast bread or toast. Perfectly acceptable for kids and grown-ups alike! I mean…I’m definitely not complaining.

10. Kiss 3 times. When greeting close friends and family, the Dutch do a 3-air-cheek-kiss-hug of sorts. I’m starting to get the gist of this custom, but not before a few awkward encounters, of course. I mean some countries kiss twice or once or none (‘merica!). And how do you know on which side to start? And what people are on the no kiss list? For a foreigner, this whole greeting kissing thing is just a hard one.

11. Make plans. From what I’ve found, the Dutch aren’t all that about spontaneity. Hanging out with friends, dinner with family, most social outings etc. are pencilled into the agenda at least a week or so in advance. As someone who errs towards a Type A personality, I’m all about this.

12. Eat fries with mayonnaise. It’s odd, but it’s growing on me.

So it’s safe to say I’m starting to get the hang of this Netherlands thing. Stay tuned for new recipes coming shortly! The featured ingredient? Gouda of course! 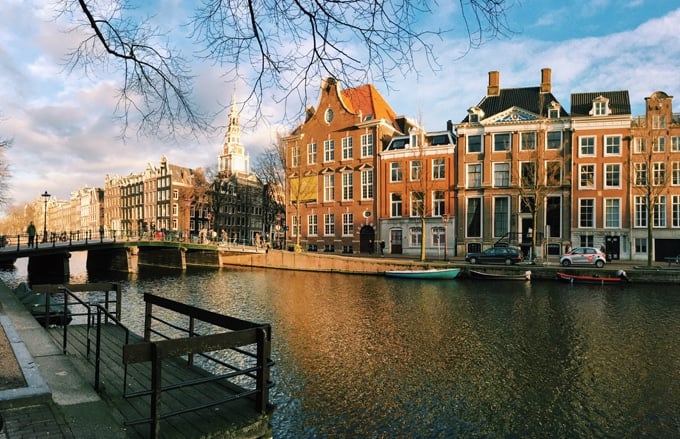