END_OF_DOCUMENT_TOKEN_TO_BE_REPLACED

We got all fancy yesterday with our Sriracha “Caviar”, and obviously a fancy condiment deserves a fancy dish. So I present to you eggs in clouds, with a zingy twist.

And just as the Sriracha pearls were way easier than you’d think, as is this dish. You’ll essentially separate some egg whites from some egg yolks, whip up the whites to form stiff peaks, fold in some yums + BACON, and bake. Sounds good?

Now let’s talk about the egg whites for a sec. I didn’t get any pictures of the whipping of the whites because the whole process has just always really stressed me out. Like “Is it done? Okay now is it done? Have I gone too far? Have I ruined everything?!” And by the end I’m just a nervous wreck, regardless of egg white consistency.

But nevermind my Pavlovian fear of egg white whippage, it’s really not difficult. Here are some tips: 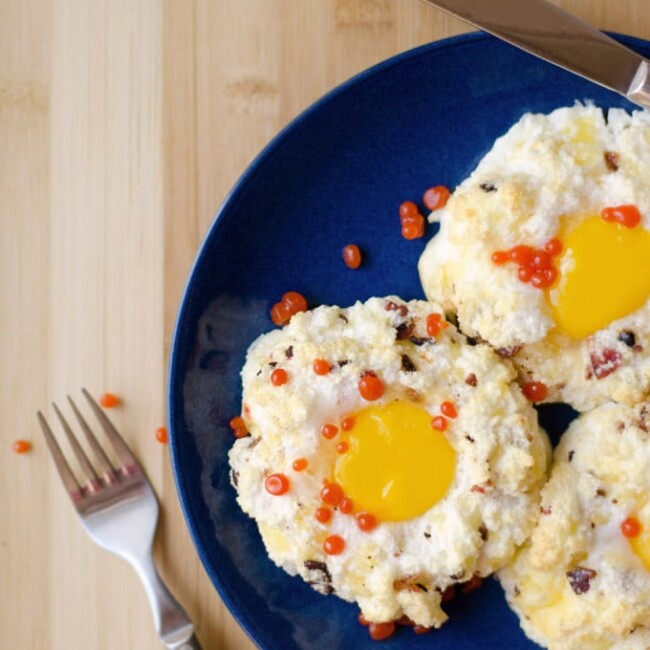 Eggs in Clouds (with a Zing!)